STOP PUPPY MILLS!!! Adopt Instead..... Stop Buying dogs, Give a chance to our Strays too!!!

A puppy mill, sometimes known as a puppy farm, is a commercial dog
breeding facility that is operated with an emphasis upon profits above animal
welfare and is often in substandard conditions regarding the well-being of
dogs in their care.

Due to the frequently poor breeding conditions in puppy mills, puppies bred
there often suffer from health and/or social problems. Puppies raised in a
cramped environment shared by many other dogs become poorly socialized
to other dogs and to humans. Dogs are then transported over long distances
in poor conditions, sometimes resulting in animal stress and death. As
the surviving mill dogs grow older, they are more prone to developing
respiratory ailments and pneumonia, as well as hereditary defects such as hip
dysplasia.

In addition, mill dogs are more prone to have problems with their
temperament. Puppies from mills are usually sold as purebred dogs in an
attempt to attract the higher prices associated with purebreds. However,
due to the indiscriminate breeding practices of puppy mills, the dog may
not actually be a purebred puppy. The vast majority of puppy mill animals
are sold to pet stores by "dealers". Some puppies are sold by dealers
masquerading as authentic breeders.

The only way to free them from the misery of these horrid puppy mills is
to eliminate the demand for puppies by refusing to buy a puppy in a pet
store and boycotting those pet stores that sell puppies. The state and central
governments do not enforce the laws to protect the dogs.

Please join this fight to free the prisoners of greed. The only person who is
going to make a difference for the dogs suffering in puppy mills is you. You,
the people, can free them from their puppy mill prisons.

Stop buying BREEDS!! ADOPT a Stray instead and see the
happiness and satisfaction you get of homing a homeless!!!!! 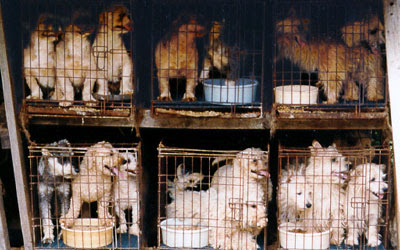 Posted by ADOPTANINDIANPET at 8:33 AM